A downloadable visual novel for Windows, macOS, and Linux

In the not-so-distant future, humanity has been nearly destroyed by a strange disease that infects the hosts and causes them to become mindless, hungry shells.

Two girls join together on a journey to find a place to call home.

Full version of Behind the Moon, Beyond the Rain is now available!  Full version includes:

* A little over 25k words!  Depending on your reading speed, that works out to roughly two hours for a play through.

The demo of Behind the Moon, Beyond the Rain was originally created as a part of the Yuri Game Jam 2016. It's girl's love, zombies and a backpacking trip!

Thank you and please enjoy!

I downloaded this game on a yuri search spree (I found many more than I expected) and after having played it over a few times I've gotten all the ending and boy oh boy. This is a really lovely VN.

First off, the art is spectacular and adorable; the sprites fit the characters really well in both design and expression. This might not be saying much but the art style certainly sets BtMBtR apart from lots of others. The fact that it's a decent length, has great art and how lovely the characters are in both their writing and just how they interact. The choices (I think there's about twelve plus as far as I could tell) were all really good and, while not always having a large impact on the story, felt like really nice decisions. There's one decision that I don't think has any impact or change to the story at all that was the most difficult decision (I'm looking at the 'believe' one here), which was a really great little bit either way.

Weirdly enough, even though I usually don't really like dogs or dog characters in stuff, Baxter isn't so bad! His contributions to the team were always prevalent and outstanding and he was a good comfort emotionally for both Anna and Gail.

As an unhealthy yuri enthusiast I will say that the romantic developments were well set through the plot and were well written. As per; I'd have certainly loved to see more of the two being cute together but what's there is a great dose as it is (minus one maybe; there seems to be a lacking past a certain point in the one 100% romantic ending).

Even though I'm playing this probably three or so (maybe more) years after this game's release, I seem to do that a lot when it comes to games.

With the game being so great, I can certainly say I'd suggest it to anyone and it's most definitely made it on my replayable list (not only because it's one of the few zombie yuri stories).

Great job cloverfirefly! This is a really great game! Keep up the good work! Cheers~

Really great game, I loved it :)

I got the three endings and the sad one was really heartbreaking :/

That's some dedication to get all the endings including the bad one!  I'm glad you enjoyed it.

Can you give me hint to get other one good?

I'd never find that myself. Thank you

Thanks, Emmy!  Glad you liked it.  I can tell you more about the new game at Double Jump ;)

Sweet, I look forward to hearing about updates! ヽ(゜∇゜)ノ 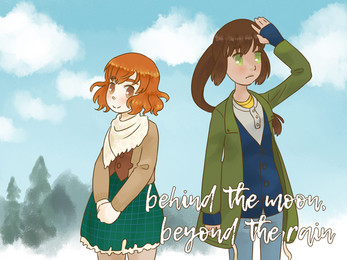 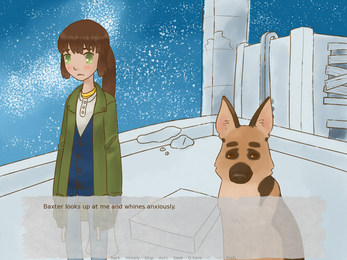 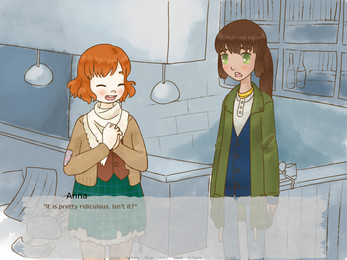 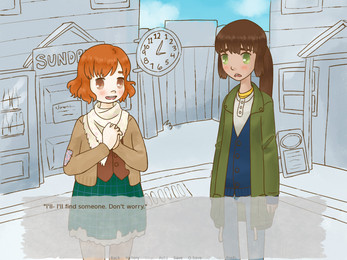