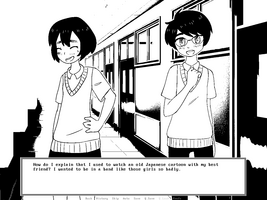 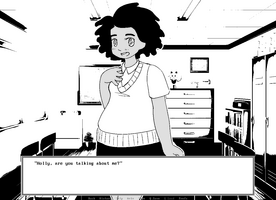 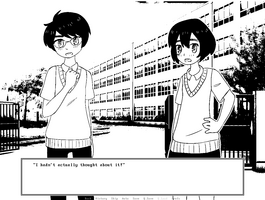 I managed to finish it with only a few minutes to spare -- so there's bound to be some rough edges and a lack of polish in some areas.   There were a lot of CGs I wanted to add in and I had to cut the final ending a lot shorter than initially planned.  I'd like to go back and fix up the ending, but NaNoWriMo approaches!

Unlike my other visual  novels, this one is possible to get a bad ending or have one of the characters die.  It's not meant to be a feel-good read, but I hope people like it anyway.

Thank you so much!